Regenerate Nebraska: A Coalition Comes Together

When I was younger, one of the highlights of the week was watching one of my favorite TV shows, The A-Team. Not only was it one of the few ‘80s depictions of a Black man as one of the “good guys”—it was about helping people in need who had nowhere else to turn. And it didn’t hurt that the A-Team did all of their amazing work while evading the authorities of the status quo. My favorite part was that in every episode, we heard the same one-liner from the quartet’s leader, Colonel John “Hannibal” Smith: “I love it when a plan comes together.”

That sentiment was on my mind on a recent flight home from Nebraska, where The Leap is working with farmers who are breaking with corporate agriculture to champion a small-scale, “regenerative” model. As my colleague Raj and I learned from our last visit to the state, Nebraska has all the vision and tools it needs to build a new food system, capable of sustaining the land and people rather than poisoning them. The next step is to spread the word, bring people together, and form a coalition to make it a reality.

Instead of more fossil fuel infrastructure in Nebraska, the growing Regenerate Nebraska network wants to construct a different kind of “pipeline”—one delivering healthy food from local farms to schools, grocery stores, and urban food deserts. To build the power and solidarity needed to accomplish that (while challenging Big Ag), local organizers are connecting regenerative farmers with Black, Latinx, and Indigenous groups fighting for food justice in their own communities.

That was the main goal of my visit: help expand the coalition. And in collaboration with our new partners, we’re planning to tour the state in late March and hold four public, participatory workshops on the regenerative vision. At these events, we’ll delve into how Nebraska’s food systems are already being transformed, and how folks can bring nourishing food and local power to their communities.

We’ll have more details soon—and in the meantime, here’s a brief recap of our new friends who are joining the effort.

“A Native Concept”: Towards an Intertribal Workshop on Sustainable Food 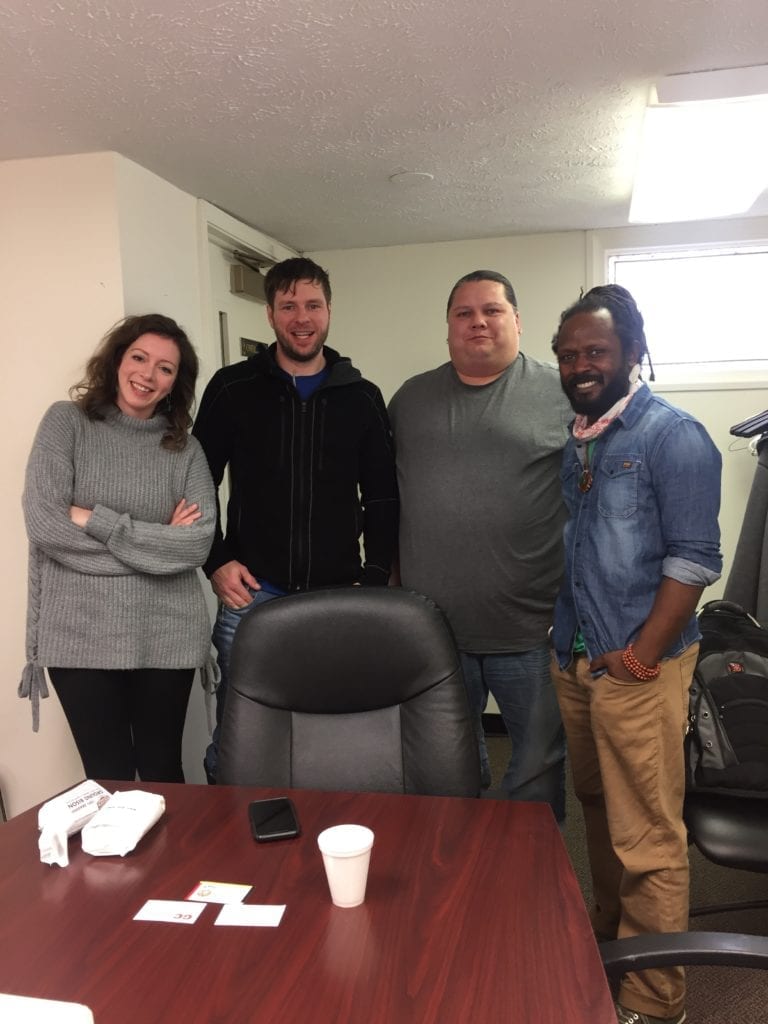 When it comes to caring for one another and caring for the planet, a key theme of the Leap Manifesto, Indigenous peoples are the world’s leading experts. My host Graham Christensen and I knew that in designing these workshops, including Native leadership would need to be a top priority.

So in our first meeting of the trip, we discussed regenerative practices with someone who needed no introduction to the subject: Larry Wright Jr., Chairman of the Ponca Tribe of Nebraska. After presenting the Chairman with gifts of regenerative beef and bison meat, we walked him through our idea for the workshops, and explored how the Ponca Nation might participate. Chairman Wright also got us up to speed on plans that the Ponca already have in place to bolster their own food sovereignty, including a tribal initiative to purchase part of their traditional territory from the state of Nebraska.

You read that right: Native Americans are having to buy their own land back from a state that stole it from them in the first place; I had to laugh to keep from crying at the vicious irony. Worse yet, given the high price for the acreage, the Ponca will likely be forced to lease the land from the state until they are able to buy it outright. When Chairman Wright explained this to us, we wondered: could the tribe sub-lease the land to regenerative farmers as an interim solution? If the land was cared for and returned to the Ponca with functioning soil and clean water, untainted by chemicals, we would be seeing restorative justice in action. 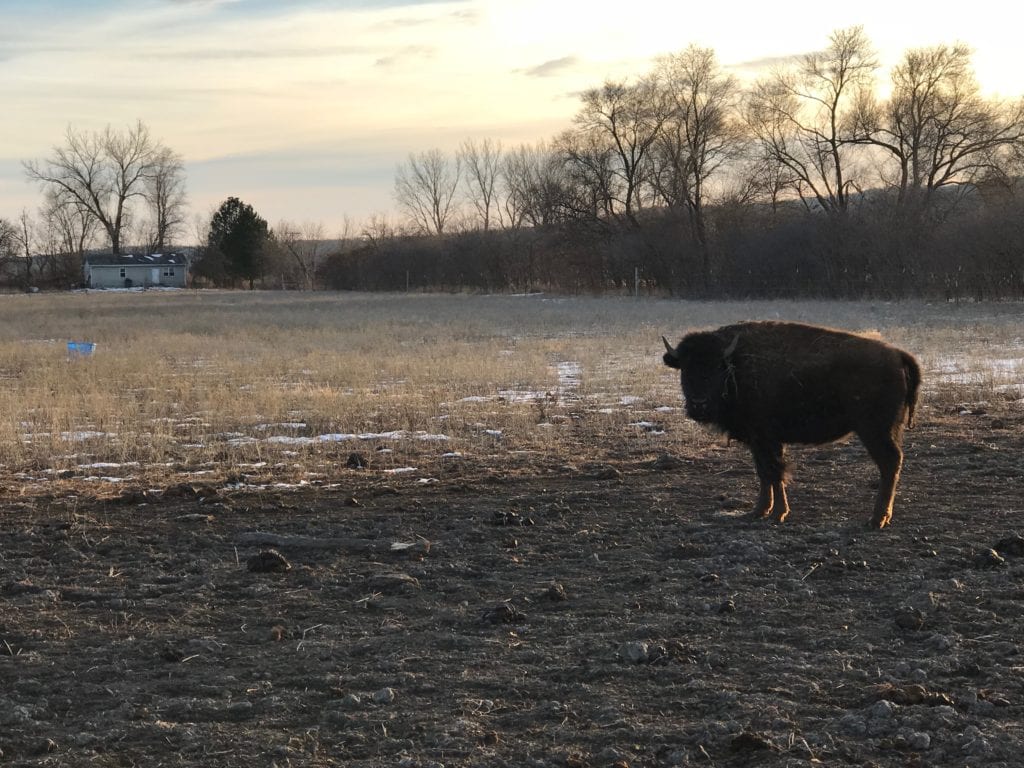 We were also fortunate enough to visit Omaha Nation territory, where we were greeted with freshly prepared venison sausage, and heard from Indigenous community food specialists about the importance of pollinators like bees to the cultivation of their traditional tribal seeds. 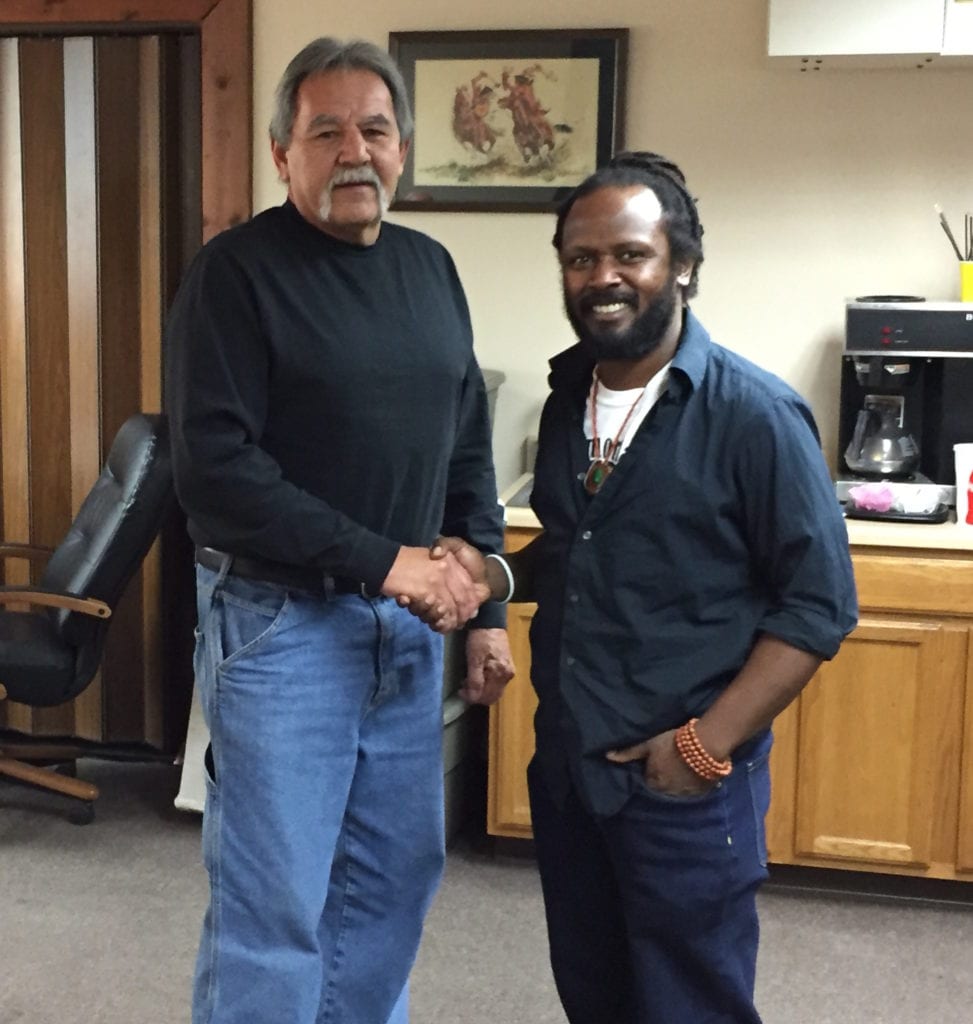 And finally, we travelled to meet with members of the Winnebago Tribal Council, whose staff have been focusing on sustainable farming for some time; in fact, the Winnebago launched their own Food Sovereignty Initiative in October. Regenerative agriculture “is actually a Native concept,” said Vincent Bass, Vice Chairman of the Council. If the tribe cannot produce its own food with traditional practices, he went on to explain, the Winnebago will never be truly sovereign: “We don’t want to depend on the federal government or anyone to feed us or care for our land.”

By the end of the meeting, the council members and their staff had enthusiastically agreed to co-host a regenerative workshop with other state tribes, including the Ponca and the Omaha. It felt like one of those rare moments when the clock was actually an ally. “Looks like you guys got here right on time,” quipped Brian Mathers, who assists with the Winnebago’s food production and land management.

Food Justice, By Any Means Necessary

Back in the city of Omaha, I couldn’t wait to spend time with the leaders of the Malcolm X Foundation. Located near the house where El-Hajj Malik El-Shabazz (Malcolm X) was born and grew up in, the Foundation was established to educate the community “through the teachings of Malcolm X’s legacy on a local, national and international scale.” I was blown away by how how many in the community use the group’s facilities—from Black Men Support Groups, to Yoga classes for Black women that focus on decreasing stress and daily trauma. 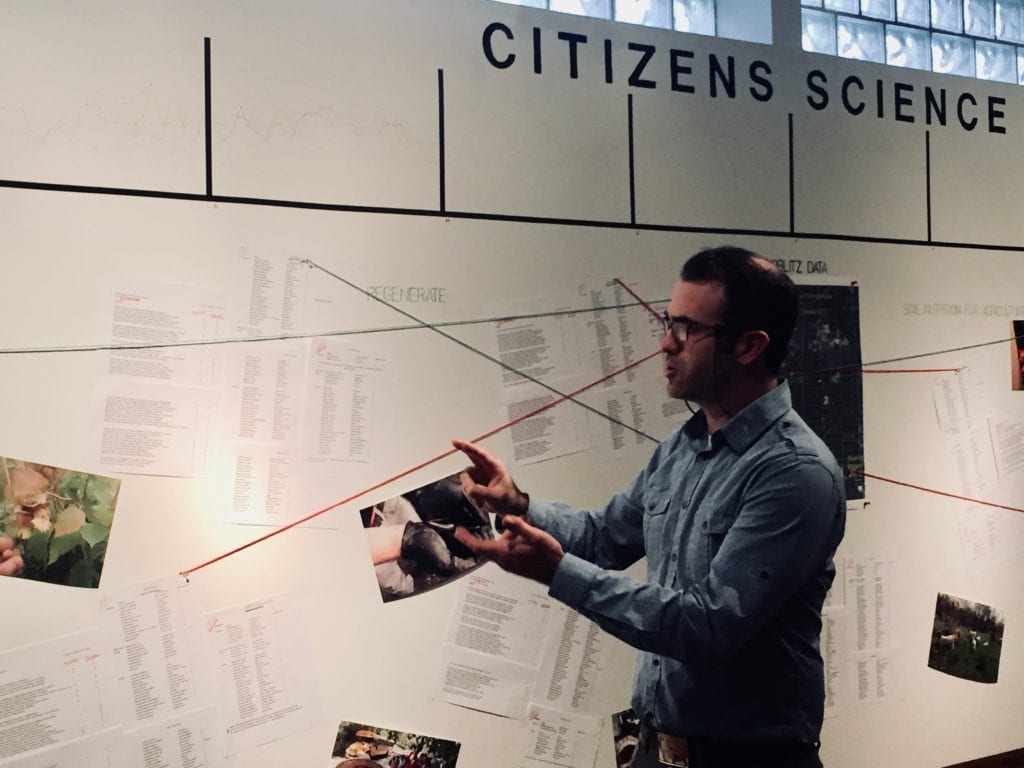 Gus Van Rowen at his office.

We were joined by a number of other urban groups, working on everything from community gardening to youth engagement and empowerment, who have been organizing to address food security and create local markets for regenerative products where they live. Many of them stressed the importance of direct interaction with food producers. Our host Sharif Liwaru, President of the Malcolm X Foundation, also talked about the need to not only share commerce with farmers who are doing the right thing, but also to share knowledge in the community, so that regenerative practices can eventually be scaled up in urban centers. Gus Van Rowen of Omaha Permaculture would later take us to his office and show us what has already been accomplished in the neighborhoods of North Omaha, where volunteers have put in nearly 4,000 hours building a local food system. Gus is also in the process of building a small regenerative garden for the Malcolm X Foundation, which will be located next to the racial justice icon’s childhood home. Another participant, Tena Rodriguez, brought me to meet some of the young people she works with at Inclusive Communities, whose mission is to “confront prejudice, bigotry and discrimination” in Nebraska. 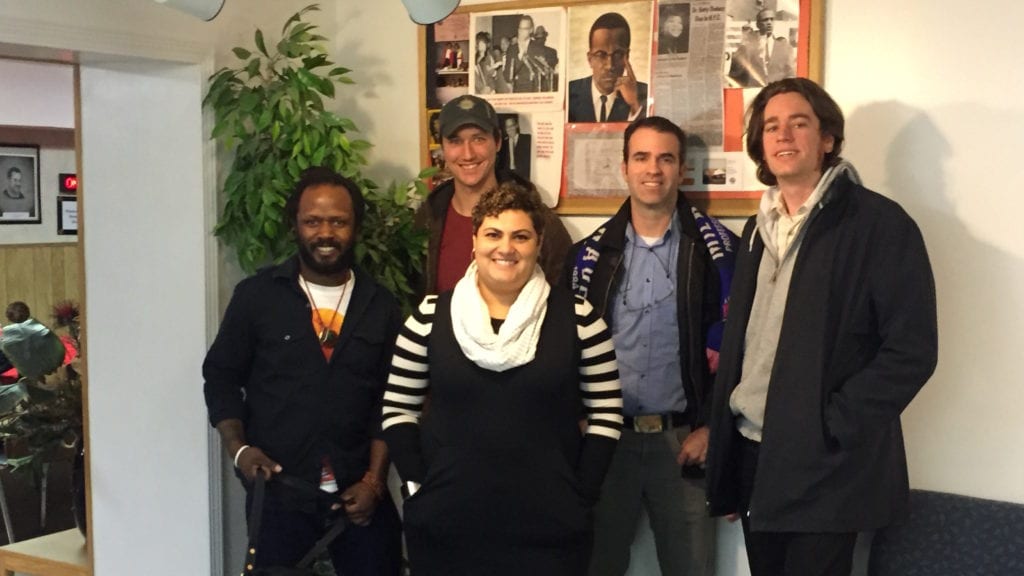 The group at the Malcolm X Foundation meeting.

We’re taking some big steps to help us leap to a regenerative future in Nebraska and beyond. Stay tuned for more updates, including an exclusive livestream event of the Intertribal workshop planned for late March. At that event and at three others, we’ll talk to diverse folks about how regenerative principles can transform their communities—and we’ll start laying the foundation for an urban-rural food pipeline across Nebraska.