Scenes from a Regenerative Revolution

Scenes from a Regenerative Revolution

Jim Knopik has been farming longer than anyone in the room. When it’s his turn to address our impromptu gathering, he glances around the dinner table, briefly making eye contact with a few of the twenty so or folks here—many of whom he’s inspired or mentored over the years—then launches right into it.

“I live west of Fullerton, Nebraska. I have since I was a year old. When I was a year old there were 49 residences within two miles of that place. Now there’s four. So I guess I see what the importance of community is because it’s been lost.” 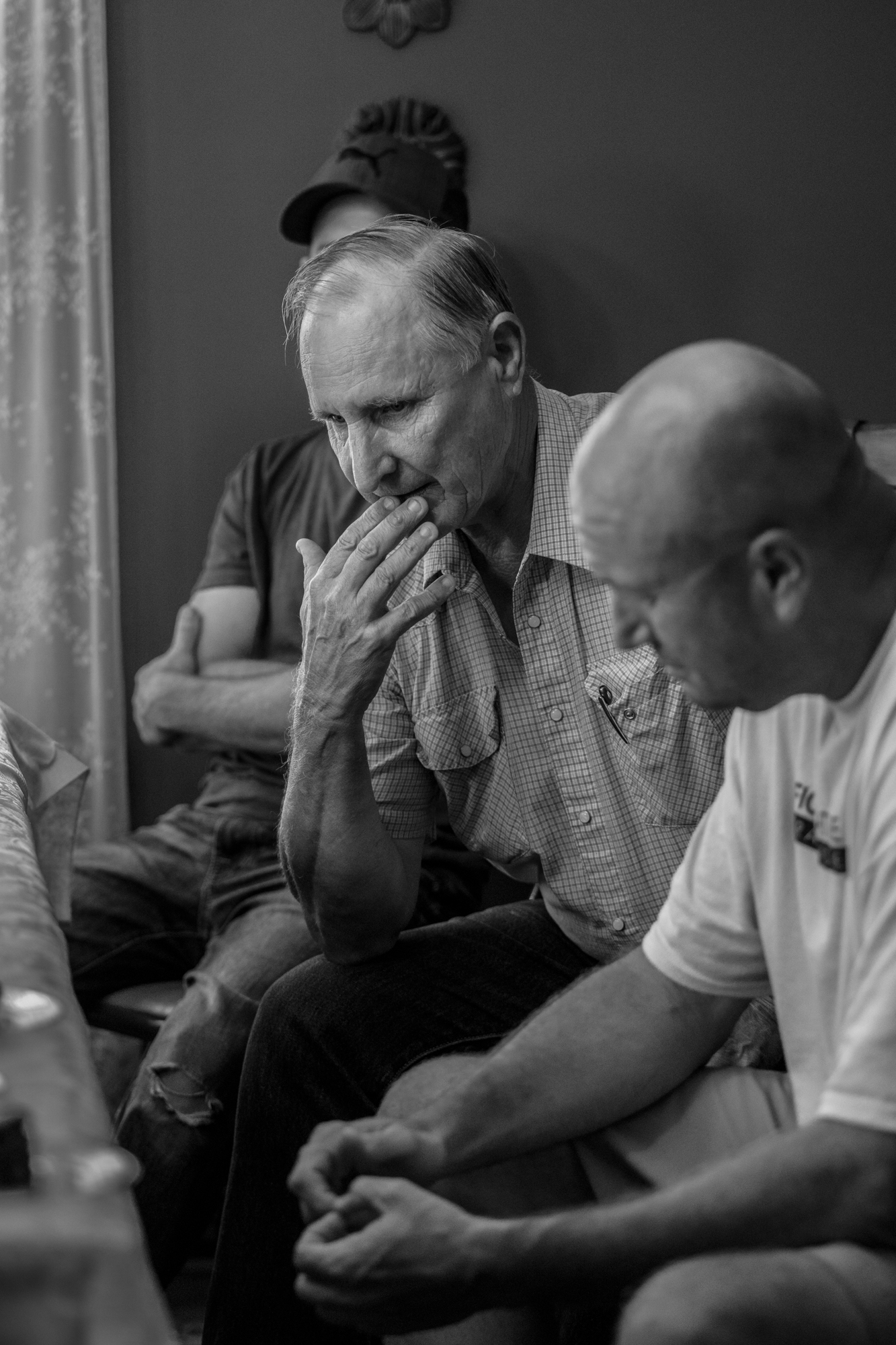 Jim apologizes and leans forward in his chair, resting on his elbows, overcome. It’s a long moment. Everyone firmly but silently communicates their support. And for our three-member Leap delegation, it really hits home that this is not going to be an ordinary listening session.

On a research trip to the Omaha area, we’re meeting with a group of Nebraskans who champion a small-scale, sustainable approach to farming known as “regenerative agriculture,” to hear about their hopes and challenges going up against the corporate status quo. Nobody here who knows Jim has heard him talk like this before.

“Anyway,” he abruptly continues, “there’s a lot of good things that come from community, and that for the last 20 years I’ve been trying to bring back to ours.”

Go Big or Leave Home: Rural Farm Communities Are Dropping Off the Map

North Star, the village closest to where Jim grew up, simply no longer exists. “This is what’s happened all across rural parts of Nebraska,” says Al Davis, a rancher and former senator in the state’s unicameral legislature. He fears that in many of these areas, people are wondering if “it’s time to just say, ‘we’re going to have to figure out what towns to save and which ones are going to go away.’ And that is very hard for me to have to deal with.” 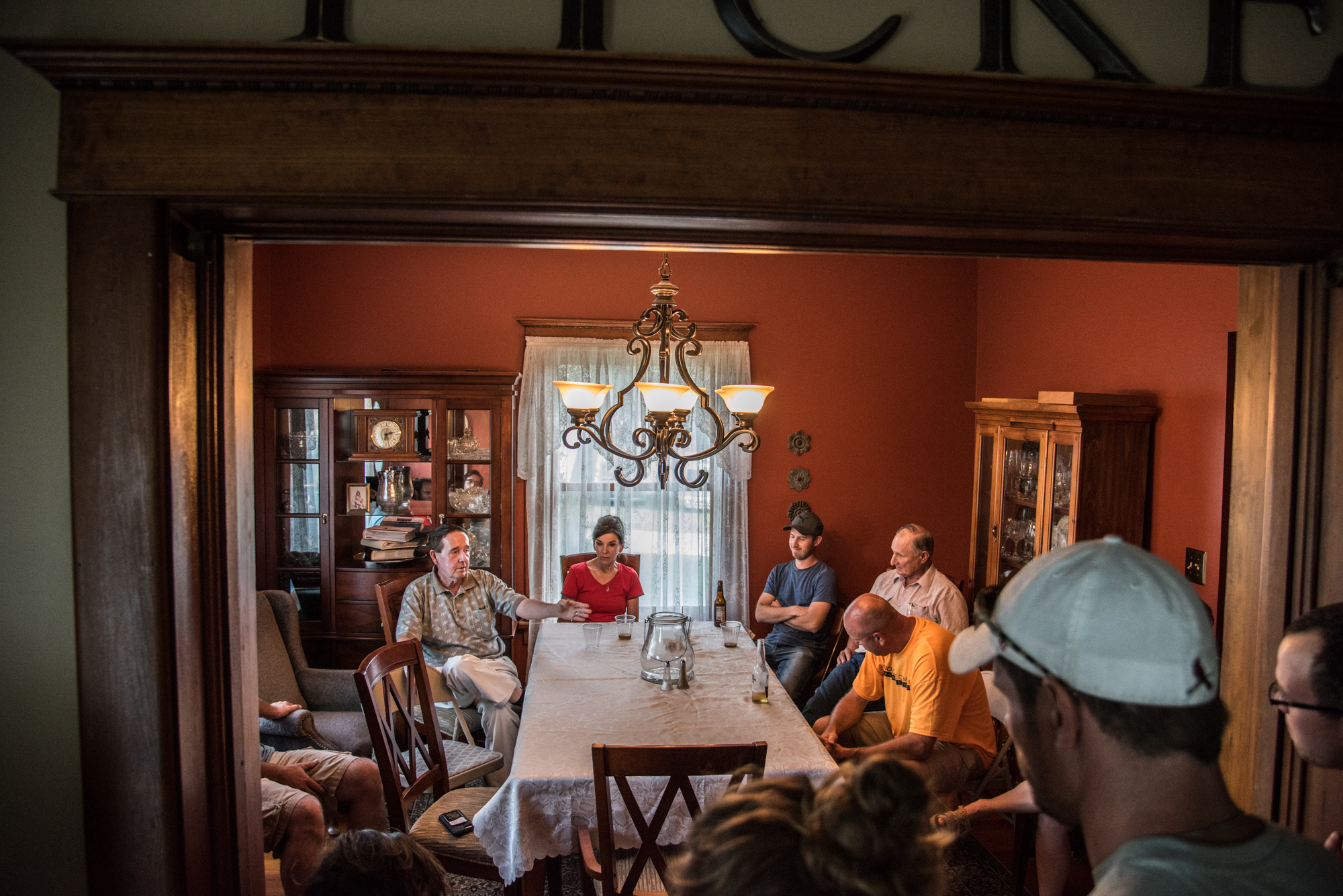 How did we get here? “My grandfather said the day the horses left and the tractor came was the day we replaced community with competition,” says Del Ficke, a leader in the local regenerative movement who’s hosting this discussion in his dining room. With the rise of Big Ag, you no longer had “neighbors working collectively to get the job done.” Instead, farmers got close to their corporate “captors” and increasingly decided to go it alone, to buy that bigger tractor, “never to talk to the neighbors again.” It’s a form of agriculture that was never capable of providing a good life, or sustaining good places to live in, we hear over the course of the meeting—and it’s brought us the near-extinction of small farms, along with the small-town economies that once surrounded and supported them. 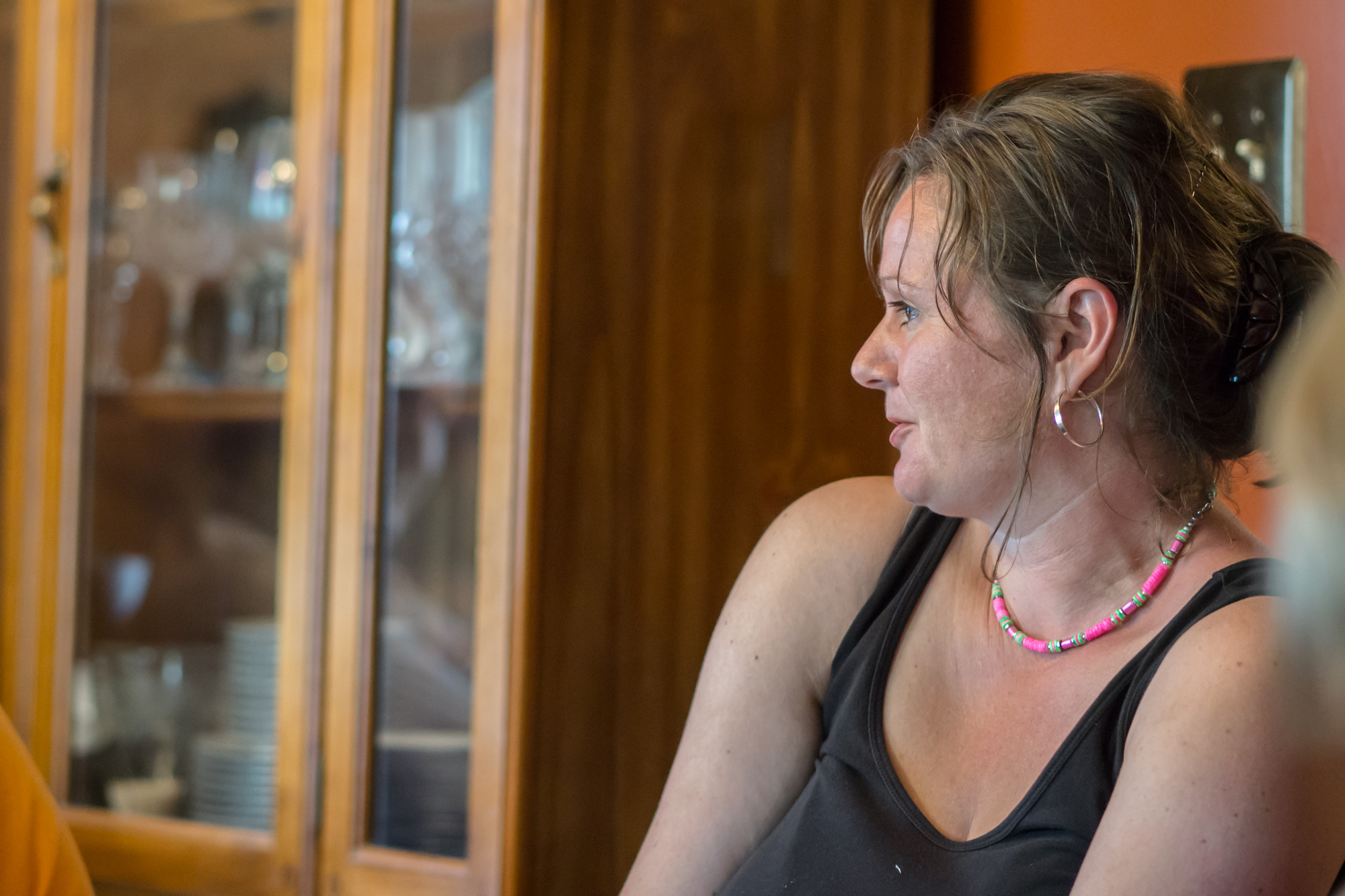 This ravaging of rural communities is caused by some of the same forces that are driving climate change and economic inequality: huge monopolies that dominate our political system, hell-bent on extracting maximum profits while poisoning the earth and the people.

A Conventional Crisis: The Absurd Violence of Industrial Agriculture

As with so many other sectors, U.S. agriculture has seen a relentless march towards “vertical integration,” with large corporations gobbling up more and more of the production and distribution process for their products. Farmers are left to contend with concentrated power at every turn. Perhaps best-known are the agribusiness giants like Monsanto that sell them seeds, fertilizers and pesticides, and technology; but just as insidious are the handful of big processors, meatpackers, and retailers that buy their food (while ruthlessly holding down prices), pack it in bulk, and ship it everywhere.

We hear more about how this squeeze works from Ben Gotschall, a no-nonsense veteran of the local resistance to Keystone XL. Davey Road Ranch, his regenerative operation in Raymond, is “fairly small,” home to some 30 cows and a modest tank that can hold about 150 gallons of milk. “We’ve never had a milk truck out here,” Ben says. “I grew up on a dairy farm where we did that back in the ’90s, and pretty much had to decide whether we were going to go corporate or get out of it.” 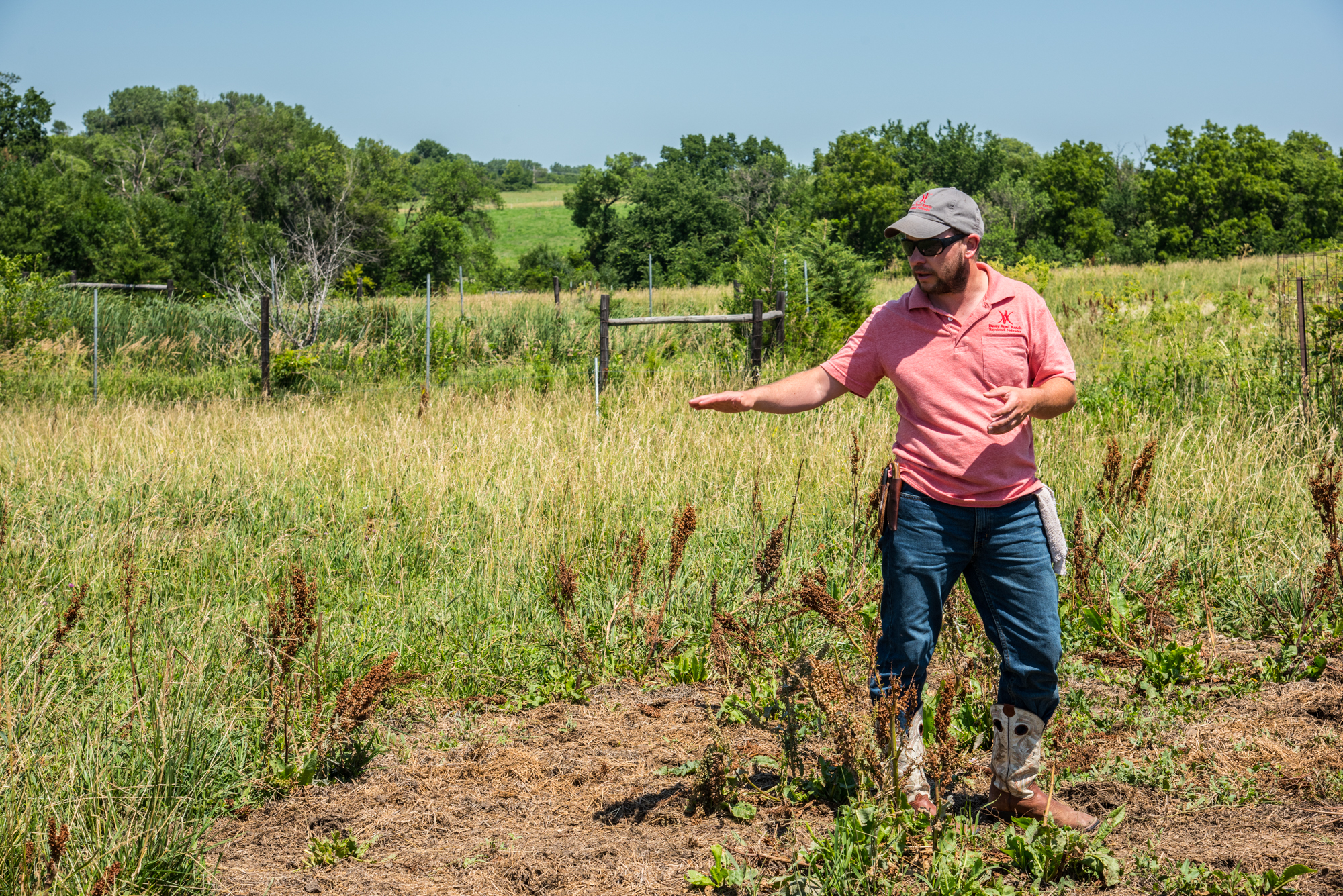 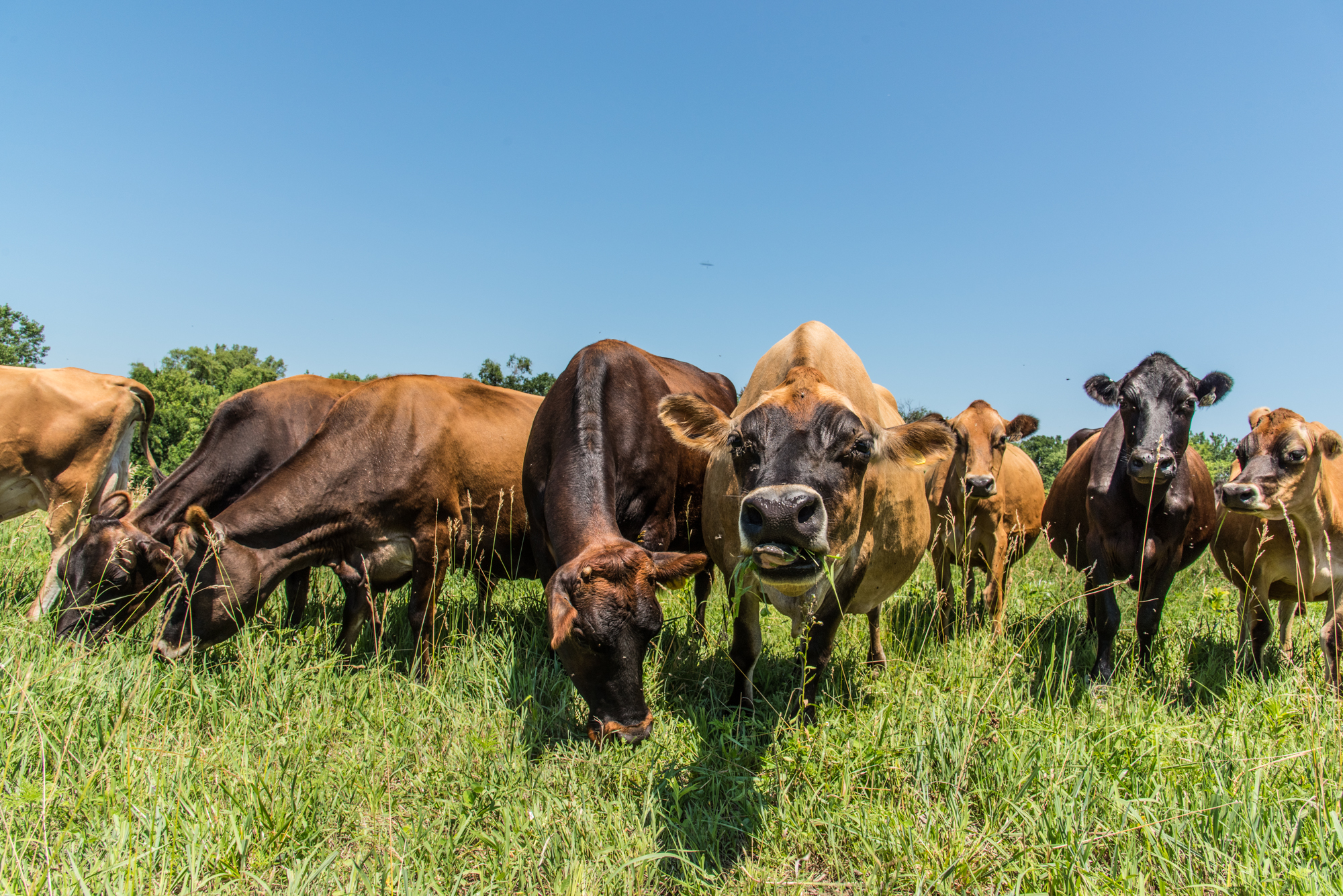 They soon found themselves selling milk to a “bunch of crooked bastards,” he explains. Dairy farmers have long been under intense pressure to over-produce, and they “basically have no control over either the cost of production or the price for their products”—forcing “anyone who wants to play that game to become a huge, large-scale, super-high cost producer, which has all kinds of ramifications for land use, animal welfare, employee treatment. Just the way you operate.”

Indeed, “degenerative” agriculture is already notorious for its exploitation of migrant workers, as well as the farmers who raise animals owned by Tyson or Cargill under abusive contracts; for confining and brutalizing those chickens, hogs, and cattle, and churning out industrial food worthy of the name—homogenous, unfulfilling, even life-threatening; and for pummeling the land and water with fertilizers, pesticides, and waste.

Those chemical inputs are not only greenhouse-gas intensive to make. Their widespread, intensive use is also bringing us closer to the climate cliff, by degrading the soil and slashing its capacity to store carbon. They come with crippling price tags, too—and then the farmers are battered even further by the droughts that this food system is helping to fuel.

The Climate Movement Needs to Get Serious About Food

The Leap Manifesto—in one of its 15 demands sketching out an integrated response to the crises of our time—calls for “moving to a far more localized and ecologically-based agricultural system.” But in truth, the North American climate movement has not focused nearly enough on agriculture, even though we’ve long understood food justice as a key site of struggle around the world.

In this part of Nebraska, we see firsthand just how urgent and valuable that task is. Our new friends are doing something extraordinary: at the same time as they battle Big Ag, they’re seeding the alternatives that can rise up to replace it.