The Leap’s Only NDP Endorsement

Will The Leap be endorsing a candidate for the NDP leadership?

It’s a question we’ve been asked a lot in the last few weeks, so I wanted to take a moment to give you a thoughtful answer.

The very short version is: no, but there’s a fantastic new grassroots effort that we are endorsing!

The Leap Manifesto was launched two years ago, in the heat of the last federal election campaign. It was, and is, an explicitly non-partisan effort to push our society—including all politicians—to embrace massively ambitious policies on the scale of the existential crises we face: racism, inequality, and the climate breaking down in real time.

So when we formed a small organization to support all those people and groups devoted to making the manifesto’s vision come true, we had a very simple policy:

The Leap does not endorse candidates. But we call on all candidates, in every party and jurisdiction, to endorse the Leap Manifesto.

Now, when it comes to the relationship between The Leap Manifesto and the NDP, it has been—to put it mildly—an eventful one. [1]

In the current federal NDP leadership race, it has become the document that dare not speak its name: the party’s insiders and gatekeepers clearly wish it would go away. But grassroots party activists just won’t let it drop. [2]

I see a very similar dynamic in the way party establishments actively resisted the candidacies of Bernie Sanders and Jeremy Corbyn in the US and UK. There was deep thirst for transformation from the grassroots, but this was met with suspicion and even hostility from the upper echelons of these parties. 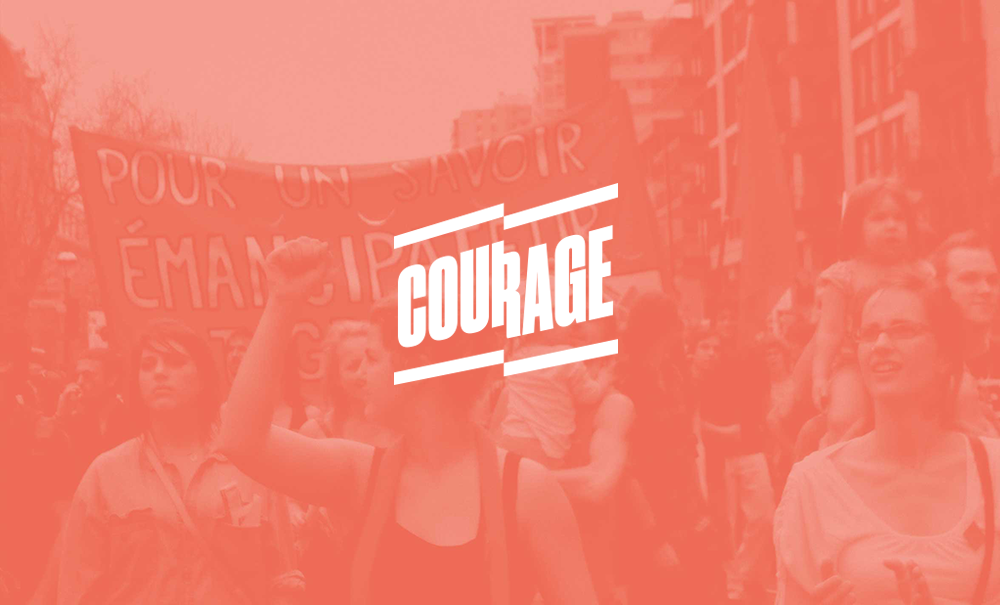 All of this is why we are delighted to introduce you to Courage—a new formation of the independent left. Courage makes many Leap-like connections between racism, migration, the climate crisis, and the economic forces that drive it all. Follow Courage on social media and subscribe to their newsletter to stay informed about their efforts.

On the question of the NDP, Courage is calling for a true democratization of the party that will empower its members—particularly from communities on the front lines of climate and economic crisis—to truly lead.

To create political space for the Leap to shape the next campaign, sign on to their campaign to put democracy back in the NDP.

Despite attempts to silence it, the Leap vision has already had an impact on the NDP leadership race. Just think: in Edmonton, it seemed that the race would turn on the issues of pipelines. Today, there is not one of the four candidates who is calling for new fossil fuel infrastructure. Instead, they’re talking about environmental justice and basic income.

The candidates know what a hunger there is for ambitious climate justice policies, and are steering in that direction. Of course, vastly more is needed if the NDP wants to be a party that truly harnesses the energy and dynamism of social movements. So far we’ve seen little steps. The question is whether the NDP is ready to leap.

Friends, we at The Leap believe that the power and creativity of social movements are the key to changing what’s politically possible. But electoral politics and government action are also key to implementing transformative policies on the scale our overlapping crises require.

Check out this quote from Courage for a vision of the healthy interplay between movements and parties:

“The NDP’s many political victories are the blossoms, but movements are the roots. To keep it growing, the NDP must nourish the roots that it comes from. If the NDP can keep it roots healthy, it can extend its reach and resonance, and speed up positive transformations of our society and economy.”

At The Leap, we couldn’t agree more.

[1] Right-wing parties have gleefully misrepresented it as an NDP creation; some provincial NDP politicians have denounced it and party members in Edmonton two years ago voted to debate its specific demands at the riding level, while endorsing the spirit of the document