Canadians Should Be on Red Alert over Alberta Redwater Energy Case

It’s time for Albertans to wake up! Alberta’s energy regulator estimates our oilpatch has accumulated $260 billion in unfunded cleanup liabilities.

If the Supreme Court of Canada affirms the Alberta courts’ sweeping interpretation of federal bankruptcy law in the Redwater Energy case, every polluter in Canada will be welcome to walk away in bankruptcy from the mess they have created too.

It’s not entirely accurate to say Alberta’s oil patch has never been held accountable for cleaning up the mess it profited from. During a century of development, the province’s oil and gas corporations were held responsible for a year and a half. That was a generation ago. 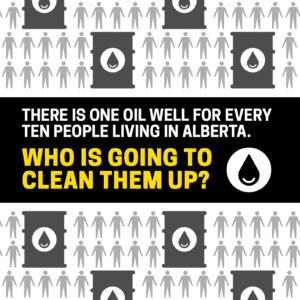 In June 1991, the Alberta Court of Appeal ruled unanimously in the Northern Badger case that “abandonment of oil and gas wells is part of the general law of Alberta enacted to protect the environment and for the health and safety of all citizens.” Those regulations bound all who became licensees of oil and gas wells, even in bankruptcy, the court ruled.

The Northern Badger case hinged on the question of whether regulatory orders to do cleanup work should be treated as unsecured debts that could be compromised in bankruptcy. Alberta’s Court of Queen’s Bench had decided environmental cleanup took a back seat to lenders. “This was incorrect,” legal scholar Dianne Saxe wrote at the time in the Windsor Review of Legal and Social Issues. 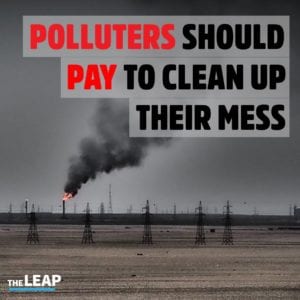 The logical conclusion of that decision by Justice Jack MacPherson of the Court of Queen’s Bench would have been that a trustee in bankruptcy could ignore all provincial statutes if they could save money that could repay the debts of lenders. Ms. Saxe wrote this could include “dumping hazardous waste in a schoolyard if that were cheaper than using licensed disposal sites as required by provincial legislation.” Fortunately, she noted, Justice MacPherson’s decision was reversed on appeal.

After Northern Badger, the banking industry accepted the credit risk of enabling polluters and oil executives suddenly worried they were potentially on the hook for the cost of cleanup. The impact was dramatic. It became inconceivable for lenders not to do an environmental audit before issuing new loans. Banks policed clients with diligence—regular pollution checks and in-depth investigations at any hint of trouble, the Calgary Herald reported in January 1992.

“Every factory, mine, and pulp mill across the country will have a perverse incentive to run the company into the ground to escape the environmental consequences of their profit.”

That all ended when Ralph Klein became premier in December 1992, closing the oilpatch’s brief 18-month window of accountability. The province’s power to make the polluter pay was traded away by his government for what became the Orphan Well Association (OWA).

The largely industry-funded OWA has so far cleaned up about 700 sites. Another quarter-million wells have been drilled since Mr. Klein was sworn in as premier.

“There is virtually no funding set aside for the cleanup of those additional wells.”

So the public will ultimately be on the hook for the environmental consequences of the oil patch’s profit. This is what makes the Redwater Energy case currently before the Supreme Court of Canada so important to Canadians, wherever they live in Canada.

In lower court, Alberta Chief Justice Neil Wittmann took the view—which would certainly seem peculiar to lay people—that banks that lent millions without regard to cleanup liabilities were innocent third parties in bankruptcy and that polluting oil and gas companies were part of the public, so it would be no great injustice if taxpayers were left to fund cleanup while banks liquidated everything of value for themselves. 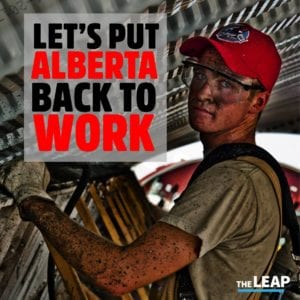 Regardless of the potential consequences, Alberta’s appeal court confirmed the now-retired chief justice’s ruling in a split decision, arguing, “The result … is not that the Alberta Energy Regulator cannot regulate end-of-life obligations, it just means the Regulator must not wait until an event of insolvency before doing so.”

But Alberta energy regulators have always based their management of end-of-life obligations on having control of revenue after insolvency to fund the cleanup, à la Northern Badger.

There is nothing specific to Alberta or oil and gas about the implications of the court’s current interpretation of bankruptcy law. Every factory, mine, and pulp mill across the country will have a perverse incentive to run the company into the ground to escape the environmental consequences of their profit.

“It may not yet be obvious to Albertans and other Canadians, but changing the rules this close to the end of the oil-and-gas game creates a crisis. And not just for Alberta.”

The industry-aligned C.D. Howe Institute did the debate on these critical issues a disservice with its September 2017 report, which in the view of many experts seriously downplayed the scale of the liabilities threatening taxpayers.

The report, entitled All’s Well that Ends Well, credited the OWA as the source for the authors’ reclamation estimates. The report cited, however, actually put the cost 15 times higher than the figure the C.D. Howe Institute used for its partial tally of well liabilities.

“The high-end estimate of the risk to taxpayers isn’t $8.6 billion, as suggested by the C.D. Howe report, but well north of $100 billion.”

Add in the cleanup related to oilsands sites, pipelines, processing facilities and other contaminated areas, and you get the Energy Regulator’s $260 billion estimate—which many experts also think is low.

Because lenders and investors have been carrying on as if no one ever has to clean up, the Supreme Court’s Redwater decision will have a huge impact either way it goes.

There is no easy solution, but Canadians and Albertans need a serious and informed debate about our options.

Regan Boychuk is an independent researcher in Calgary working in conjunction with The Leap and Reclaim Alberta, a campaign advocating for solutions to the crisis of aging Alberta oil and gas wells. He is the former public policy research manager of the Edmonton-based Parkland Institute.