A World Without Prisons: Bringing Restorative Justice to The Leap

A World Without Prisons: Bringing Restorative Justice to The Leap

The Leap Manifesto imagines a world based on caring for the earth and each other, brought into being through a justice-based shift to green energy. It demands that those who are most harmed by the climate crisis, and do the least to cause it—Indigenous groups, women and caregivers, the poor and people of colour—should be at the forefront of the transition.

But what does it look like to put these communities first—not only in our vision of a better world, but in the actual work of getting there?

In the spring of 2017, the three of us joined to explore how the movements for prison abolition and restorative justice—their histories, theories, and hopes—intersect with the Leap Manifesto. Our starting points were very different: Rachel Boccio is a teacher, writer, and scholar of American literature, whose research centers on the historical genealogy of freedom and the radical imagination. While teaching at a Connecticut prison for adolescent boys, Rachel joined a group of young incarcerated students last year in forming a learning community inspired by the manifesto, an experience she wrote about for our blog. On The Leap team, Jody has been researching and writing about Canada’s prison system from Toronto. Both she and Rajiv were galvanized by a letter from Rachel’s students, which challenged us to imagine how the future envisioned by The Leap could be shaped by the active participation of prisoners and other marginalized people.

Recent, horrific scenes—exploitative prison labor used to combat wildfires, inmates “left to rot” in heatwaves or abandoned to floods—are only some of the most visible connections between climate change and mass incarceration. In our discussions, we began by exploring how these crises are far more deeply intertwined: they are both produced by an economic system rooted in racial injustice and the logic of extraction. 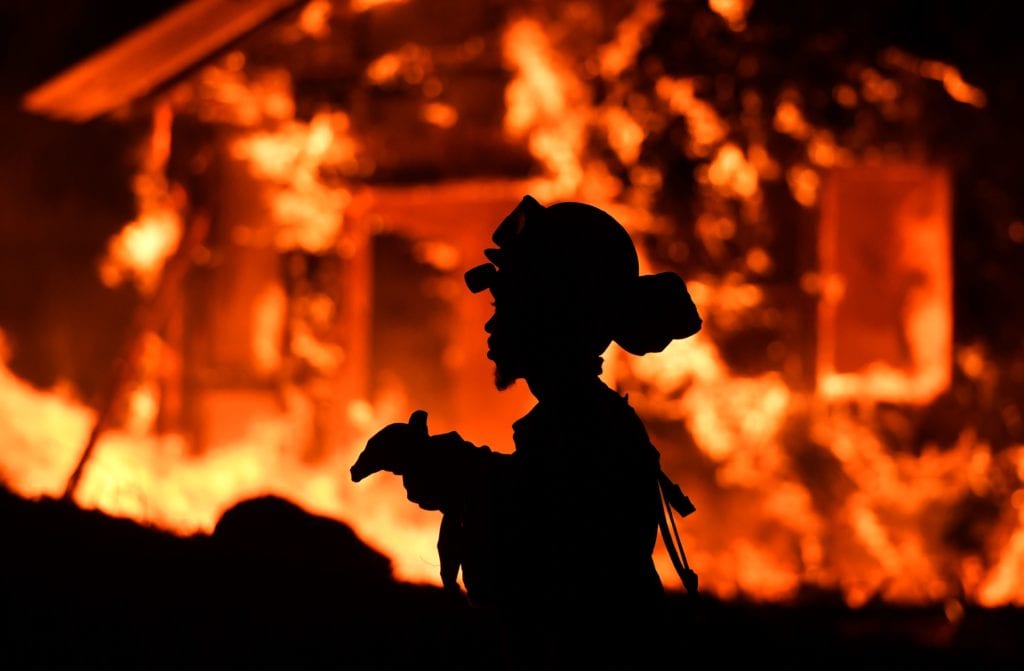 Bringing restorative justice to The Leap

Canada and the U.S. as we know them today would not exist without land theft and genocide against Indigenous peoples, and the violent exploitation of slaves by settlers to work that stolen land. That truth led us to acknowledge a significant oversight in the Leap Manifesto. The document, which argues that bold climate action must begin with healing the wounds of colonialism, is infused with the language of restorative justice. But it fails to mention slavery, one of the building blocks of our capitalist societies—or the way it transformed first into racist Jim Crow laws, and then into racist systems of policing and incarceration. Like Michelle Alexander, a legal scholar and civil rights lawyer, we see that poor people and people of colour have been trapped in these evolving systems that target them disproportionately for arrests, surveillance, and imprisonment.

And yet, the world that the manifesto dreams of—a world transformed by its “sacred duty” to communities “harmed in the past” and “to those suffering needlessly in the present”, one in which the last become first in a revitalized, green, and justice-based economy—this world sounds to us like a post-prison world.

And so we turned to restorative justice for examples of local alternatives to incarceration. The movement for restorative justice has decades of history behind it, from around the world. As a legal process, restorative justice brings together all affected community members in a situation of crime—victim, perpetrator, family, neighbors, police, court officials, etc.—to discuss the disparate ways each has been affected and to decide, together, what needs to be done to make things right. As a matter of theory, restorative justice offers a critique of seeking healing through the so-called “criminal justice” system, and rejects responding to harm with the additional harm caused by punishment. Instead, it seeks to restore “criminals” to transformed communities and societies, and to use their crimes as a means of reconciliation and reparation.

To us, the alternatives to incarceration offered by restorative justice models embody the values of care and healing so central to the Leap Manifesto. But we struggled with how to translate such connections into tangible, grassroots action capable of uniting the two struggles. 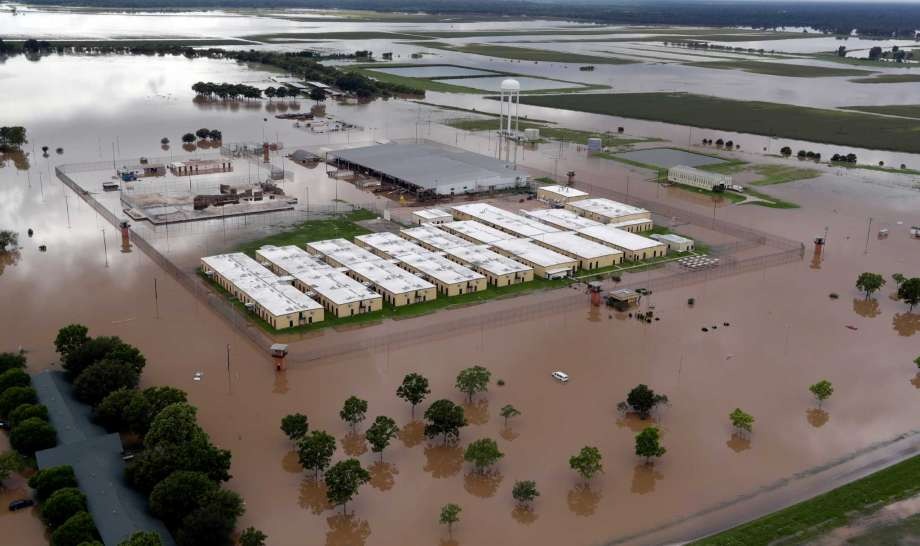 So how do we get to a post-prison world?

As we again went back to the text of the manifesto, looking for answers, the Trump administration had just announced its plans to decimate the Environmental Protection Agency, ruthlessly targeting racial justice work such as adequate federal responses to ecological disasters in Flint and Detroit. Environmental justice groups in the United States were mobilizing in full force, and we found ourselves focusing on the historical principles and practices of their movement.

Environmental justice initiatives share a premise that can be found in the Leap Manifesto: “If you wouldn’t want it in your backyard, then it doesn’t belong in anyone’s backyard.” This sentiment is not limited to toxic waste, fracking wells, and pipelines, but  is also true for over-policing, poorly-resourced schools, unfair housing practices, and community blight—conditions that are linked to mass incarceration throughout North America. 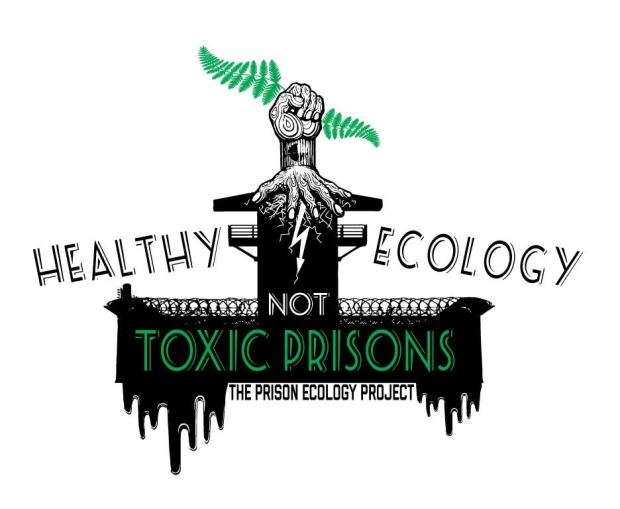 Another concept that binds prison abolition and environmental justice struggles is the strategy of “reinvestment.” Just as climate activists mobilize to shut down new fossil fuel projects and move dirty investments into wind and solar, groups like the Prison Ecology Project are organizing to close penal institutions that oppress people while also destroying the land, and to re-direct funds into the communities violated by mass incarceration.

One way to think about incarceration—which soared in tandem with unprecedented corporate wealth, and despite falling crime rates—is to see those warehoused behind prison walls (the homeless, stateless, racialized, mentally-ill, queer/trans, unemployed, poor) as waste in a profit-driven system. Like our planet’s resources, these millions of individuals embody so much of what the capitalist state has used and cast aside as disposable, unworthy of care. Recent arguments for reparations make the case that there can be no moral future for the U.S. without beginning to repay its debts over 250 years of enslavement, segregation, redlining, and violence against Black people.

These demands for reparations, pushed to the forefront of public debate by the work of Ta-Nehisi Coates and others, thus dovetail with the 15 demands of the manifesto, and also support the work of restorative justice. Reparations is not merely about compensating individuals for the stolen labor or dispossession of their descendants. It is also about redistributing wealth and power at a systemic scale—to the benefit of those most ravaged by inequality, racism, and climate change on an ongoing basis.

The world we want: Against disposability

We know that the transition away from fossil fuels is an inevitable reality. The Leap’s intervention is to re-cast that shift as a truly transformative opening—an opportunity to boldly tackle all the related catastrophes of our time: mass incarceration, racism, global militarism, exploitation of labor, obscene political and economic inequity, the destruction of local economies and ancient ways of life, mass extinction, so much waste and terror.

With this post, we launch a special blog series on the intersection between restorative justice and The Leap. The series will feature the stories, ideas, needs, and dreams of organizations working at this intersection; organizations like South Bronx Unite, a coalition of neighbourhood residents working to improve the economic and environmental future of residents in the southern portion of the Bronx in New York City.

And finally, we’ll be asking ourselves: How are existing restorative justice models being scaled up in communities around Canada and the U.S.? How do we imagine reparations to those most impacted by crisis? How might demands for reparations translate into divestment and reinvestment campaigns that embody restorative environmental justice work? What do we have to learn from restorative justice practices, as people, organizers, and communities? These are just a few of the questions we’ll be struggling with together over the course of this blog series. We hope you’ll join us for the journey.