Funding the Fight: How Movements Can Turn Money into Victories

Funding the Fight: How Movements Can Turn Money into Victories

As an organizer in the climate movement, I don’t usually have a lot of spare cash to donate to the cause. (Still waiting on that Soros money!) But since the people doing the work are my friends and comrades, I know when they’re not getting support for vital, underappreciated stuff. So on the occasions when I can afford it, I throw a little money their way, and they do the same for me and for groups I’m working with. Often, this means giving to a bail fund after a successful direct action, for example, or helping a veteran organizer come up with a month’s rent to get on their feet during a hard time.

In other words, it’s the kind of thing that a philanthropic foundation is unlikely to touch. But for the scrappy, grassroots groups that are most effective at stopping new fossil fuel projects—and that are also proposing the most creative, promising alternatives—it’s precisely the kind of thing that can make or break a campaign.

That’s because smaller organizations are much less able to weather the kind of spur-of-the-moment expenses that inevitably come up. Over the past year, I was part of a direct action collective fighting Spectra Energy’s AIM gas pipeline in New York State, and some of our actions were pretty technologically complex—like building a home for two people out of a shipping container and placing it in the path of the pipeline. If we didn’t have funders that understood the importance of being able to move quickly to support unconventional resistance, we would not have been able to generate nearly as much attention or opposition to the Spectra project.

Unfortunately, having that kind of flexible funding made us an exception. In the climate movement today, larger organizations walk away with the lion’s share of the money: 50% of it goes to the largest 2% of groups, with half of those dollars concentrated in just five states. As a result, some of the most powerful tactics at our disposal are likely to be neglected.

And let’s be clear: if we don’t keep escalating the fossil fuel resistance, we aren’t going to have a habitable planet. But the funding structure of the climate movement is currently setting us up to fail. What kind of model could help secure the just transition we so desperately need?

To think through this question, I’ve found it helpful and inspiring to turn to history. During the height of the American Civil Rights movement, funding for the Southern Christian Leadership Conference came from a steady stream of small donors via Black churches—and later, during national flashpoint moments like the Birmingham campaign, from direct mail donations. Money also flowed in from unions and sympathetic locals within the United Auto Workers and the Brotherhood of Sleeping Car Porters (the first official African-American labor union, founded by A. Phillip Randolph in 1937).

Under this model, Civil Rights leaders were able to balance two equally important concerns: maintaining a base of committed members who could preserve movement culture and knowledge, while also making sure to capitalize on broader moments—when all eyes are watching the struggle and opinion is shifting rapidly—by supporting those on the ground who have captured the public’s attention.

This example also illustrates a few of the key “pillars” of a successful movement. Roughly speaking, you’ll tend to find:

Certain funding mechanisms are more or less suited to each of these pillars. For instance, a seed grant from a foundation can help a new group hit the ground running, with a well-developed policy agenda or communications materials. But relying on that form of support can be risky: it often creates an incentive to bend the organization’s goals toward those of the foundation, decreasing accountability to members and allies.

Sherrie Andre, a longtime climate justice organizer with FANG (Fighting Against Natural Gas) out of Rhode Island, points out how foundation funding can also hinder certain kinds of tactics. “Funders don’t trust us to know what we need to do to benefit our own communities. It’s a huge problem.” Similarly, Andre noted how showing up for other grassroots groups is undervalued by foundation philanthropists. “We will go and provide support, training and put in work for actions where our name is never associated with the action. We do this out of love and solidarity, but then it becomes hard for us to sustain ourselves, since funders want to see your name associated with whatever you do.”

Even with valuable initial support from a big funder, it may make sense to pivot to a primarily member-funded model—particularly when you’re doing the kind of broad, popular education work that was a hallmark of earlier movements in the United States, such as the “Agrarian Revolt” at the turn of the century and the socialist movement in the 1930s. It weds the work of the campaign more closely to those who are supporting it financially, and in my own experience, this can create greater accountability.

Mark Engler, an editorial board member at Dissent and an expert on social movements, argues that member funding has historically been one of the great strengths of the labor movement. “At the end of the day, [labor] is an institution that is funded by its members, which means you aren’t begging the rich for money. You can afford to support not only your own activities but also political advocacy. And the people who understand this are actually the right wing in this country, the people who are fighting unions tooth and nail.”

Of course, simply being member-funded does not guarantee that an organization is member-led. For this article, I spoke to an organizer who worked at a prominent New York member-led organization, who left after feeling that the leadership was not responsive to its members. “When you lose touch with the conditions on the ground, then you stop really understanding or being able to speak to to the everyday lived experiences of your members.” Accordingly, the organization has not been able to build the kind of power it needs to achieve transformative goals. Equitable decision-making is just as important as equitable funding. 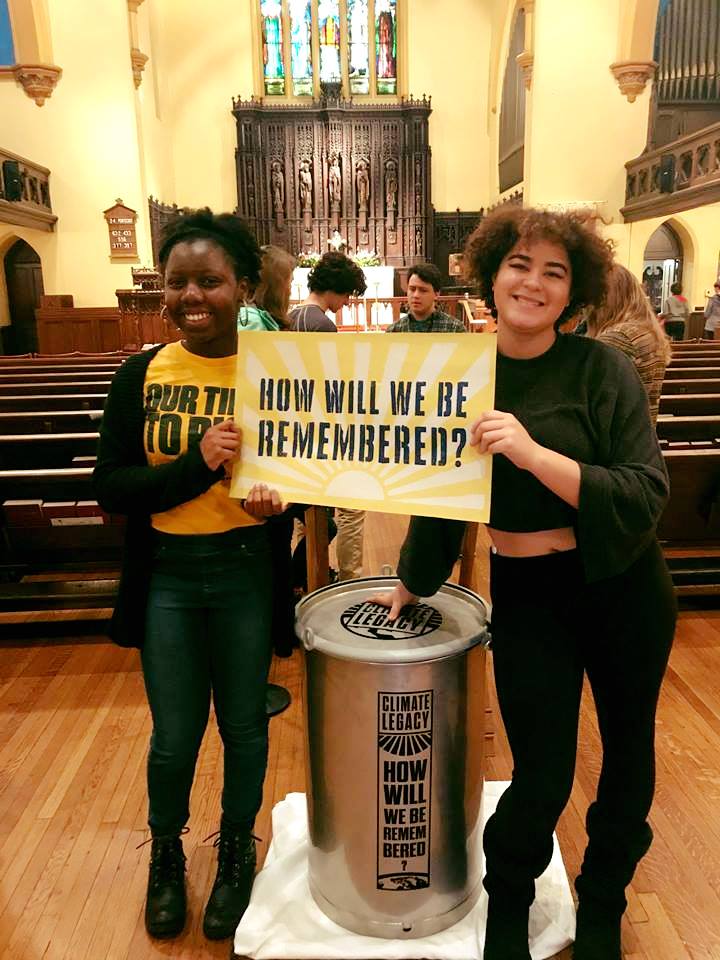 Plenty of movements are taking these lessons to heart, exploring integrated fundraising and organizational structures that are effective, accountable, and reflective of their core values. Take, for example, Sunrise, a burgeoning youth-based movement for climate action. Whether you’re a volunteer or a donor-activist, you’re making a fundamental contribution to the movement’s growth and evolution. “We knew we were going to need to engage millions of people,“ explains Sunrise’s Evan Weber, “so instead of thinking how can we pay them all, we thought about what structures we would need to put in place to make volunteers the driving force of the movement.” On the fundraising front, “we looked at the Bernie Sanders campaign, for instance, and how they were able to convert their base into millions of small donations. We believe that if you do really big and exciting things, and then make your ask, you can start to receive a lot of money, and you can use interest from these moments to fund and sustain monthly member donations to create reliable support for your organization in the long-term.”

Some funders are even becoming more strategic themselves. Sophie Robinson is a Brooklyn-based filmmaker, organizer, and philanthropist who works with Solidaire, a network of funders who are committed to systemic social change. “For climate funding in particular, it really matters to me who is running the organization, and whether it is run by and accountable to people of color, or located in an underfunded area like the South.” Robinson sees this as part of a larger project to ensure that the transition away from fossil fuels does not replicate the inequalities of our current energy system, and that bold ideas have a chance to catch on. “We recognize the importance of trying new things, which is why we pool funding to support new projects—it’s research and development for the movement. And then there will be smaller groups who will have unexpected or immediate needs, and this is where our rapid response funding comes in.”

These are enlightened approaches, and they have something in common—they understand and appreciate how movements actually work. At the end of the day, this is perhaps the most important prerequisite for making funding count. And it’s why your small dollars—given that effective movements have historically relied on a grassroots, working-class funding base—are the most powerful of all. No matter how much you have to give, this kind of support is a profoundly meaningful contribution to the struggles that inspire you.

And if you want to learn more about how movements for social change can win, there are plenty of great resources. While this learning is the work of a lifetime, it is essential for us to start. There’s no better time than now.

Top image: A rally from the successful campaign to stop the Port Ambrose LNG project in NY State.

Patrick Robbins is a climate change organizer and writer. He was the Co-Director of Sane Energy Project for the last three years, where he was a major part of the successful campaign to defeat the Port Ambrose LNG project, worked toward a socially just plan for developing offshore wind power, and helped coordinate resistance to Spectra Energy’s AIM Pipeline. He has also worked in climate communications for Showtime’s Years of Living Dangerously television series and holds an M.A. in Climate and Society from Columbia University. He was born and raised in Brooklyn.