This is the first story in A World Without Prisons, a special blog series connecting the dots between restorative justice and The Leap. The series profiles the histories, ideas, and dreams of organizers working at the intersection of these struggles.

“There’s all this money being used to coerce and control people that could be used to really invest and care for people instead.” 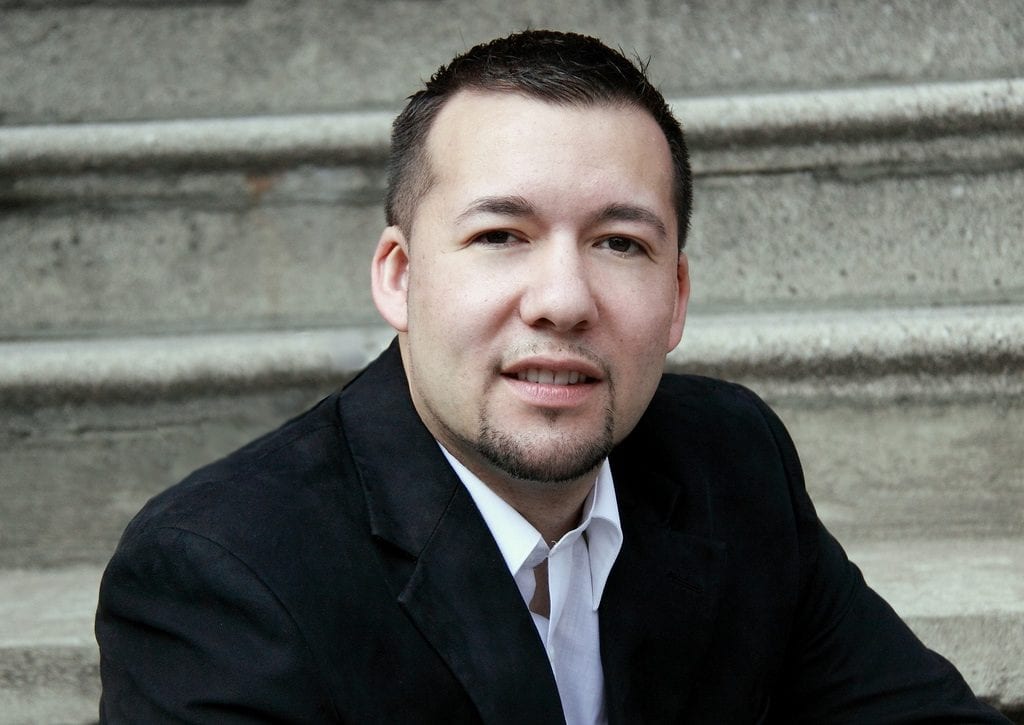 On November 30, 2017, I spoke with Rubén Austria, the Executive Director of Community Connections for Youth (CCFY). CCFY works with grassroots faith and neighbourhood organizations to develop community-driven alternatives to incarceration for youth. CCFY is also a member of South Bronx Unite, a coalition of neighbourhood residents working to improve the economic and environmental future of residents in the southern portion of the Bronx in New York City.

Jody Chan: Rubén, can you tell me briefly about Community Connections for Youth’s current work, and your role in the South Bronx Unite coalition?

Rubén: Community Connections for Youth (CCFY) is an organization I started in 2009. It grew out of a Soros Justice Fellowship that I’d been awarded in 2007 to advocate for the closure of youth prisons in New York state, and for the funding to be redirected to grassroots neighbourhood faith and community organizations to create alternatives to incarceration. At the time, a study was released that showed 89 percent recidivism rates for boys and 81 percent for girls, and a federal Department of Justice Civil Rights investigation found that excessive use of force and inadequate health care and treatment were widespread throughout facilities in New York state. In 2008, we were able to get four of the youth prisons closed; the next year, another eight prisons closed. Through closing these prisons, the state was saving up to $300,000 per year per kid, but the money wasn’t getting invested into the community. It was either recycling into the prison system or to large social services organizations that were running residential facilities.

So I incorporated CCFY in 2009 to say: we’re going to build alternatives within a one mile radius of where we are in the South Bronx. Then we’re going to train people to do it everywhere.

At first it was just a concept and a vision. But in 2010 we were given the opportunity to test out our theory through applying for (and receiving) a million dollar federal grant. We had a network of people, but we didn’t have any institutional standing; we’d never gotten more than $30,000 in funding. We just went for it on faith.

Our vision was to divert kids who’d been arrested from the court system and connect them to multiple small neighbourhood organizations within our one mile radius. Over a couple years, we were able to divert about a hundred kids through our neighbourhood initiative instead of the court system, and involve them long-term in neighbourhood activities and mentorship. Long story short, it was ridiculously successful. About 95 percent of the kids got through the program successfully, and a significant number of them work with us now as mentors. Today, in the South Bronx, we continue to divert young people from incarceration at multiple points of impact.

Jody: Why do you think this model was so successful, and how can it be expanded beyond the South Bronx?

Rubén: Across the country, people are waking up to the fact that youth incarceration doesn’t work. But as we’re switching from this punitive correctional model, a lot of the services being provided to young people are still very paternalistic. Big agencies providing services to kids do so based on looking at their weaknesses or problems: you have a dysfunctional family, mental health issues, or drug problems, and we need to fix you. Our approach is really different. We ask, how can we build on your natural strengths, your interests, your family, and your community?

A whole lot of people began to get interested in our work and say, would this approach work in Queens, Brooklyn, upstate New York? They’d ask if they could fund us to do the program there. But the reason it works here is because we built this program on the strength of a pre-existing community network.

“We’re not franchising and expanding our model. It has to be local community partners designing the alternatives, the justice system turning over resources to the community.”

What we can do is support organizations in putting together a process to engage local community partners with a similar approach.

A couple of examples: starting in 2012, the New York Department of Probation wanted to follow our model and invest in “credible messengers,” neighbourhood by neighbourhood — formerly incarcerated folks who could serve as mentors to young people. We served as the training and technical assistance coordinator for that, and it’s now operating in all five boroughs. Another initiative is a parent support program, also operating in all five boroughs, where parents who had their kids go through the system mentor families who are currently going through the same thing. We’ve been invited to help that set up in Washington, D.C., Charleston, South Carolina, Albany, New York, Syracuse, New York, and more.

Jody: What partnerships have you formed with neighbourhood groups in the South Bronx?

Rubén: When we got our first big grant, we gave sub-grants to organizations that were already active in the community and asked them to engage the young people that we connected them with. Projects included the Brook Park community garden, an art program run by Young Urban Christians & Artists (YUCA), an anti-violence program called United Players, and a media literacy program run by an organization called Families United for Social and Educational Development. We served as a conduit for getting kids out of the system, and then we introduced them to all the partners to let them choose what they wanted to participate in. 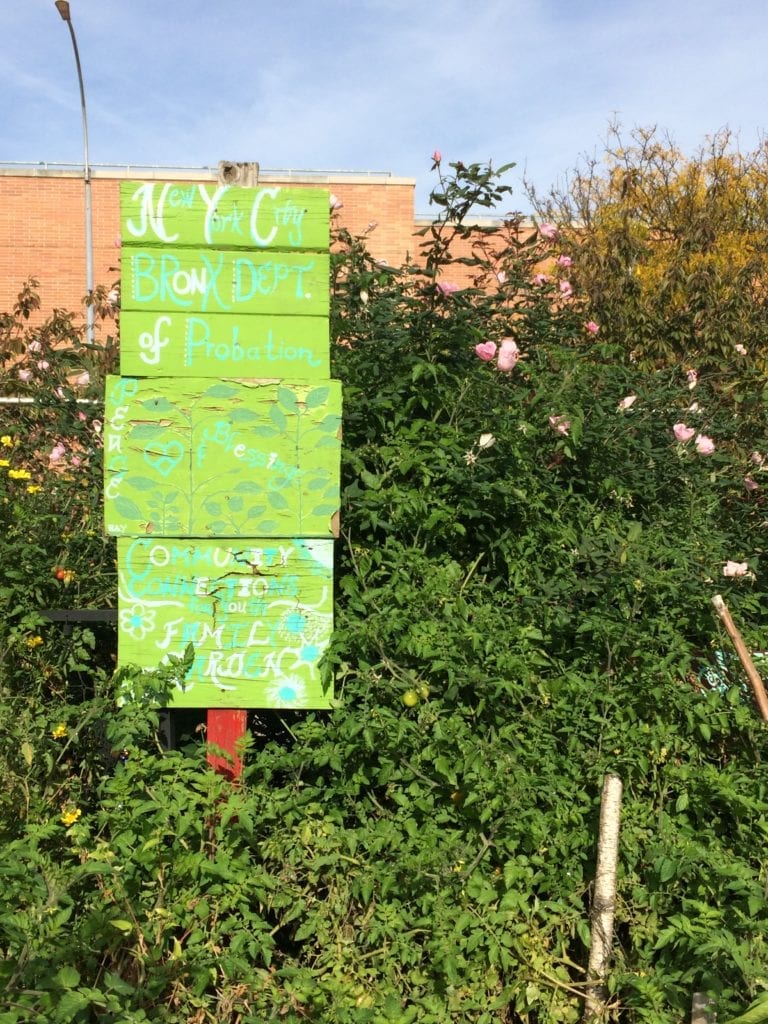 The original model was that partners would commit to engaging each young person at least once a week, but we started to see that youth stayed connected for longer if we could get them involved with multiple partners. These kids should have access to support and programming seven days a week, but none of the groups had the capacity for that; these were small grassroots organizations. If we formed a network, then we would be able to engage them much more frequently. We also did capacity building work with the organizations. A lot of them didn’t need help working with young people, but they didn’t know how to partner with the justice system, or they weren’t able to grow because they didn’t have the infrastructure to do so.

One of our prime partners, Friends of Brook Park, seemed like an unlikely one at first: were court involved youth going to want to plant garlic and raise chickens? But Ray Figueroa, who works at Friends of Brook Park, was able to connect with these young people. The other thing we did was to say to our partners, if your young people come up with a project they want to do, we’ll fund it with a small grant of $2500. At Brook Park, the youth decided to make money by selling the vegetables they grew. That turned into the Urban Youth Farm, which eventually produced the hot peppers that they now sell to the makers of Bronx Hot Sauce. And because they were doing so much amazing stuff, Brook Park developed their own relationship with probation; now, kids who only have minor charges are getting diverted to do their community service here.

Jody: One thing that struck me was the way you describe your philosophy on CCFY’s website: “CCFY believes that reducing over-reliance on the juvenile justice system can only happen when strong community networks are mobilized to care for youth and hold them accountable.” Can you speak to these ideas of care and community in your work, and why they’re so important?

Rubén: Because the system has been so disconnected from community, and social services have been so disconnected from community, people think CCFY is using a new, innovative approach. It’s actually basic common sense. This is just the way it should be: local community people doing the work to keep kids out of trouble. That’s how things have historically worked, it’s just that over the last few decades we started to over-police urban communities and see the community as dysfunctional. What we do is just people taking care of people in a natural way, but we’re also challenging the system and saying that they’ve been putting money into the wrong things.

Jody: Have you seen any changes in the national conversation around alternatives to incarceration in the last ten years, since CCFY was started?

Rubén: It’s totally changed. 15 years ago, people still thought youth incarceration was a proper and necessary measure to keep kids out of trouble. The first shift I’ve seen has been towards an awareness that youth incarceration is not working. You can’t argue with the numbers, and the recidivism rates. What has also happened more recently, over the past two to three years, is this growing recognition that it’s hard to do this without the community. Ten years ago, people were starting to say that locking kids up is bad, but the alternatives being suggested were mental health treatment or drug treatment; just more of this service-based model. In the first five years of CCFY, we were trying to convince people that the community needed to be at the centre of it. Now people are asking us how we can do it this way, instead of why we should do it this way. For us, when we look to the national level, the ultimate measure of success is whether or not systems are divesting themselves of resources and putting them into the community. Instead of hiring ten new probation officers, can we put money into community organizations to do the work?

Jody: What you just said also reminded me of climate justice movements, some of which have started to embrace reinvestment as a narrative and strategy. Are there other movements that CCFY is trying to align with?

Rubén: You see these ideas coming out of Black Lives Matter, which has raised the issue of divesting from the police. The dollar amounts that go into criminal justice infrastructure are ridiculous. In the South Bronx right now, there’s a $70 million plan to build a new police precinct. Last year, City Council put forward $300 million of investment; $170 million to renovate the juvenile detention centre in the South Bronx to accommodate older kids, $130 million to do the same for the one in Brooklyn.

“The powers that be have no problem throwing hundreds of millions of dollars to build more cages, then have the nerve to say they don’t have the money to reinvest in community.”

I bring this up because South Bronx Unite (SBU) started as neighbours who came together in 2012 in response to Fresh Direct [and the proposed re-location of its diesel trucking operation to the area]. Over $100 million in public money was being given to this company in a backroom deal to do something that was just completely terrible health-wise for the community. We mobilized against that, but it became a broader fight about who was making land decisions for the neighbourhood. How do we mitigate the processes of hyper gentrification? It all comes back to this theme of relying on developers instead of listening to the people in the community. When wealthier, whiter residents begin to move into historically disenfranchised communities of color, there’s often an increase in police activity aimed at ensuring that the new folks feel safe. But it results in police cracking down and especially criminalizing young men of color.

Jody: Do you connect CCFY’s work with recent demands for reparations as well?